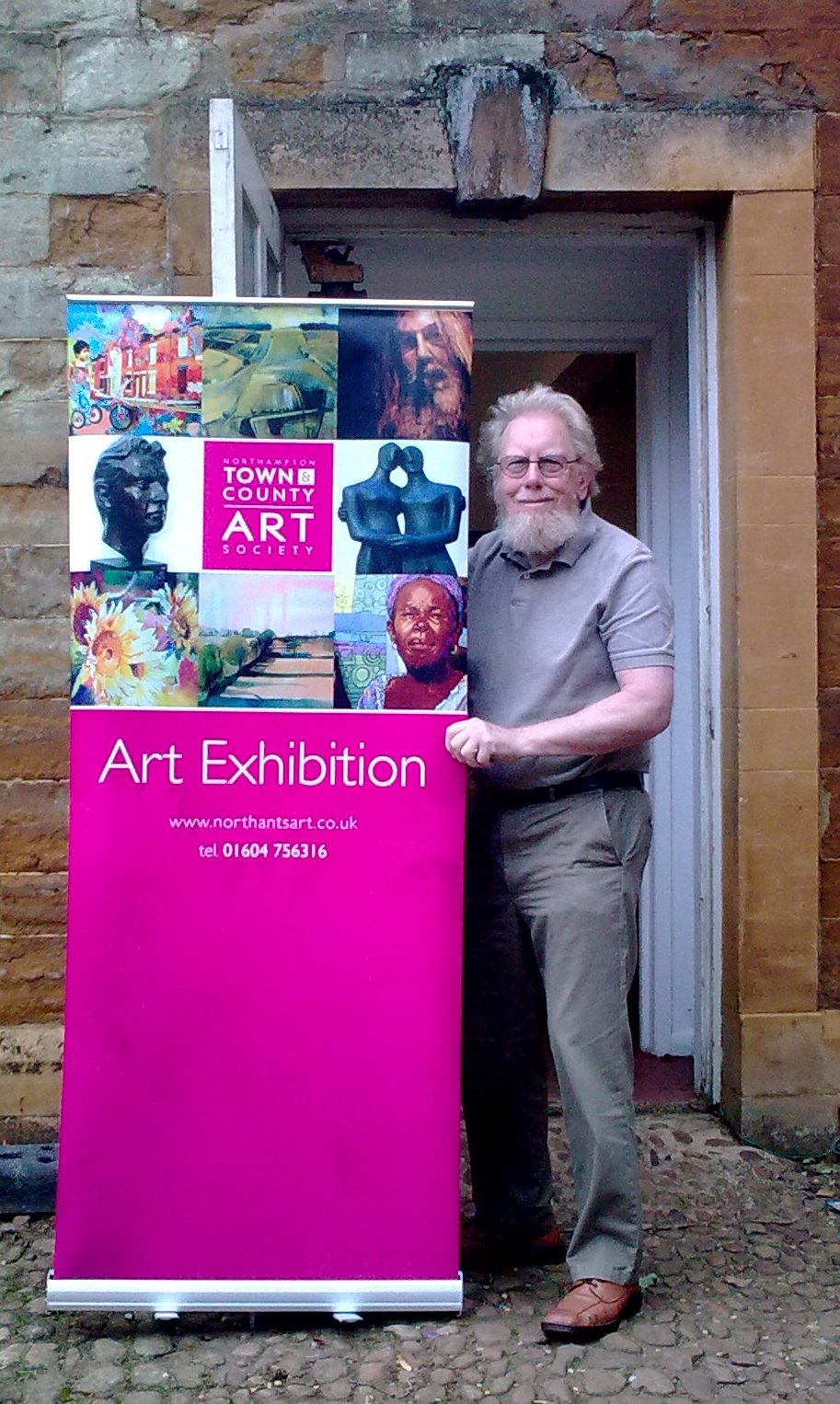 2011 has been an eventful and tiring year as President of the Northampton Town & County Art Society
We began with a lecture on T L Shoosmith, our first President by John McGowan who showed us some original work by Shoosmith including some tiny sketchbooks.
We had four exhibitions in the Society during the year and for the first time a joint show with the Northamtonshire Guild of Designer Craftsmen.
The Annual Exhibition was particularly successful with over  200 pieces on show and a good number of Non Members showing with us who subequently will go on to become Members.